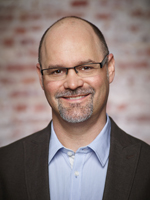 Jason Carey
Animal Planet has promoted Jason Carey to svp, production. Carey started at the company as a freelancer and has led the net’s production department for the past 5 years. Before Animal Planet, he was a freelance writer, director and producer for networks including HBO, Showtime, CBS, VH-1 and Disney Channel. Fun fact about Jason regarding his former gig: “My favorite note received while working as a freelance producer in LA was from the American Armed Forces, notifying me that the cut we had shared with them was in violation of the Geneva Convention. Framed that one!” Also, he’s a diehard telemark skier. If he ever had a break in meetings, there’s some risk he’d leave it all behind and become a ski bum in Colorado… again. 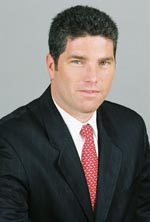 Ed Delaney
Following News Corp’s purchase of a 49%-stake in YES Network, Ed Delaney is moving from the Yanks net to FOX Sports, as evp, operations, a newly created position. He’ll report to FOX Sports co-presidents & COOs, Randy Freer and Eric Shanks. Delaney’s experience will be leveraged for the upcoming national sports net FS1. His last position at YES was svp, broadcast operations & engineering. In his new post, he’ll oversee all technical aspects of remote and studio operations. Before YES, Delaney was director of broadcast operations and technology at NFL Enterprises, vp, operations at The Baseball Network and also a senior production exec at ABC Sports.
Ed is proud of his son Eddie, and rightly so: He was a three-time All-Conference football defensive end at the University of Albany and, after his senior year, won the Maxwell Football Club’s Thomas Brookshier Spirit Award, alongside former Stanford star QB Andrew Luck. He might get it from his dad. As a high school football player at St. Joseph’s Prep in Philadelphia, Ed played in the Philadelphia City Championship (and won) at the old, since demolished, Veterans Stadium. He played in canvas Converse Chuck Taylor sneakers because the old artificial turf was like playing on cement. Quite a thrill for a high school kid, he says. Lastly, in the early ‘80s he and his family participated in the original “Family Feud,” hosted by Richard Dawson. It was Ed’s sister, Kim Delaney, an actress on the soap “All My Children” at the time, who was anchoring the family. They competed against John Stamos, who played for “General Hospital.” 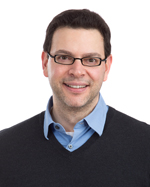 Christian McLaughlin
Comedy Central has tapped Christian McLaughlin as vp of specials. His responsibilities include the net’s current specials, stand-up series, events and development in the New York department. He comes from Bravo, where he held the vp, production role since 2010. Before that was an executive producer in development and production at VH1, and did a stint on “The Howard Stern Radio Show” as supervising producer. Additional production credits include “Live with Regis and Kelly,” “The Caroline Rhea Show” and a writer/producer gig at local New York City outlet WNBC. You may not know that when Christian was 8 years old, he performed with the Stuttgart Ballet & the National Ballet of Canada at Lincoln Center. Four years later he was arrested on the #7 train in Queens for telling jokes over the conductor’s loudspeaker.
Ellen Stone
Bravo has promoted Ellen Stone to evp, marketing. She’s worked at Bravo for 7 years and has helped shape the net’s strategy and branding. Oversight of consumer advertising, ad sales, creative, digital and social media fall under her purview. Now she’s added licensing and merchandizing to her plate, which encompass brand extensions like “Top Chef Kitchen.” Prior to Bravo, she worked as director, consumer marketing at Lifetime. She also was partner and management supervisor of the National Fluid Milk Program at Bozell Worldwide. Other posts include senior partner, account supervisor at J. Walter Thompson and senior account executive at Wells Rich Greene BDDP. Ellen tells us though she works in TV, she has an old school 13-inch telly from the ‘80s. Also, she once lived in Australia and worked as a dishwasher at a coffee shop. We’re most impressed with this, though: She can still do a split.