Ross Babbit
Ross Babbit has been named svp of programming and development at Travel Channel, while Andy Singer steps down as the net’s gm. Babbit has worked at several Scripps nets over the past decade. He joined Travel in February 2012 and has lead the programming and development for the past few years. Prior to that, he was svp and gm of DIY Network. Before joining Scripps he was a producer for “The CBS Early Show,” and also held several key roles for Food Network, Comedy Central and Lifetime. Ross tells us he loves to travel. Last summer, he took his family on an RV trip through the West that included a stop at Four Corners, where his four kids stood in four states. Another fun fact about Ross: He’s an accomplished—though out of practice—break dancer. 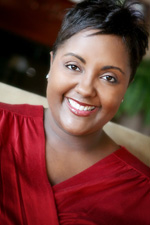 Danielle Wade
Bright House Networks has upped Danielle Wade to vp/gm of the Bakersfield service area. Her new role entails managing the region’s cable ops and local execution of new products and services. She has more than 20 years of sales and marketing experience in cable and has spent the last 14 years working for Bright House in Bakersfield. Her last position was vp, marketing and sales. She has held additional marketing roles at Time Warner Cable in Indianapolis, Prime Cable and Jones Intercable. Danielle says she loves to cook and is a master at the casserole. Ehem, “queen of the casserole.” She also filled us in on her worst job ever: being the Easter Bunny at the mall. 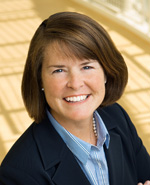 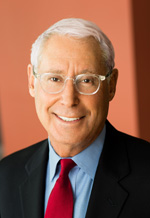 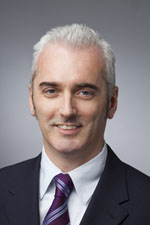 Don Robert
Don Robert was upped to svp, research and analytics for A+E Networks, a position that includes oversight of all the networks’ research teams. Previously, he was svp, program research for AETN. He joined the company in 2004. Before that, he was vp, research at NBCU and worked on national syndication. Other research roles include posts at ABC Television Network and Katz American Television. Don tells us he’s the world’s #1 fan of the music group “The Smiths.” Also, he’s a black belt in Karate. 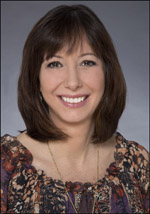 Lisa Mallen
Meanwhile at AETN, Lisa Mallen was brought on as svp of ad sales for FYI, which is set to launch this Spring. Her last post was vp, national sales manager for OWN: Oprah Winfrey Network, a role she occupied since 2009. Mallen worked for 11 years at Discovery Communications, moving up the ranks from account executive for TLC, Animal Planet and Discovery Health Channel to Eastern regional sales manager and vp, national sales manager for Discovery Health, Fit TV, Travel Channel, BBC America, DTimes and DHD. Pre-Discovery, she was an account executive and West Coast sales manager for Tribune Broadcasting’s WGN Superstation. Other positions on her resume include sales with Turner Broadcasting’s TNT and TBS and a media buyer at Zenith Media  and MediaVest. Lisa says she has the world’s greatest cold tomato sauce recipe. She’s also big on paddle boarding.
Mark Mooney
The Weather Company has created two regional vp roles in New York. Mark Mooney’s role as vp, East Coast cable sales has now become vp, East Coast sales, a change that reflects the company’s multiplatform approach. Mooney came to Weather in 2011. We learned that Mark is the youngest of seven kids and grew up in Cleveland, OH. He has a wife and three kids and lives in Westchester, NY. Right after college, Mark worked as a bouncer at The Comic Strip Live on the Upper East Side of NYC. He was also captain of his college football team (Fordham U) and he has three aunts who are nuns.
Alicia Muntzner
Additionally, the company named Alicia Muntzner vp of East Coast sales. She comes from NBCU, where she spent 17 years in sales. Most recently, she was vp, ad sales for Style network. Prior to that, she was director, ad sales for USA Networks. She also served as vp, sales planning for USA Networks. Alicia is married with three kids, and in her spare time she enjoys snowboarding, sailing, mint chip ice cream and a good US Weekly or NY Post.