Jim Babcock
Adult Swim has upped Jim Babcock to vp, consumer marketing. He’ll head up all multiplatform marketing for the network and AdultSwim.com, as well as oversee show launches, branded games and apps from Adult Swim Digital. He’ll also coordinate with other departments on marketing for events, conventions and other branded activities. Babcock’s previous role was senior director of consumer marketing, a post he held since October 2011. He also served as director of trade marketing for Adult Swim and Cartoon Network and director of public relations for Cartoon Network. Before Turner, he worked with two Atlanta-based PR firms, Julie Davis Associates and CGI Group, and the Metro Atlanta Chamber of Commerce. Jim tells us he’s into distance running, cooking, adventure travel and plaid shirts.
Tandy O’Donoghue
WWE has promoted Tandy O’Donoghue to evp, strategy and analytics, effective March 15. It’s a newly created role, and entails oversight of corporate strategy, corporate and business development, and data analytics. She’ll work with execs on initiatives including the global rollout of WWE Network, WWE’s long-term gaming strategy and global content monetization. Strategic equity investments and partnerships also fall under her purview, as well as the use of advanced data analytics to support decision making. Her last position at the company was svp, affiliate relations and business development. Tandy, we learned, is a huge sports fan with a love for the Giants, Knicks, Rangers and Mets. Also, having adopted her dog, Sugar, from a shelter, Tandy is a big supporter of shelter pet adoption.
Eli Velazquez
Eli Velazquez is now svp, sports at Telemundo Media. Previously, he had served as vp, sports since 2008. Velazquez will oversee sports programming and operations, lead strategic initiatives for domestic growth and develop new ways to evolve the company’s sports content across platforms. Added to his plate is assisting in planning and collaborating on major events across Telemundo’s divisions. Velazquez has worked at the company for 15 years. Other former roles include director of sports and senior producer for the net’s coverage of the 2004 Summer Olympic Games in Athens. He joined Telemundo in 1999 as a producer for “Boxeo Telemundo.” Eli is a serious movie buff, we discovered. Proof: He’s got a collection of more than 500 films. “I am beginning to realize I may never be able to see them again in my lifetime,” he says. He also enjoys music. “Although I refuse to call it a ‘mid-life’ crisis, I am currently taking guitar lessons because I have always wanted to be able to play an instrument,” he tells us. Another hobby is baseball. In fact, he was a member of the team at New Orleans’ Loyola University that brought back college athletics to the school. “We even had to build our own field to play on,” he said. Art, specifically drawing, has always comes easily to him. But he never pursued it seriously. “Now it is just something I do every now and then with my kids.” 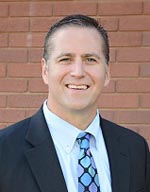 Lynn Folkersen
Comcast Business has hired Lynn Folkersen as director of enterprise sales in Colorado. In this capacity he’ll lead the growth of Comcast’s business solutions such as Ethernet and Business VoiceEdge, a cloud-based communications service for mobile and multi-site workforces. Folkersen has more than 14 years of sales leadership experience. Previous positions include leadership posts at XO Communications, Plus 6 Technologies and Safety Innovations. Lynn says he spends just about all his non-working hours with his wife and 9-year-old son, with whom he loves to ski and travel. “Especially where Disney has a presence.”
Steve Raymond
Steve Raymond has been appointed vp, affiliate relations for DirecTV Sports Networks. He’ll oversee affiliate relationships with cable, satellite and telecom operators and emerging distributors for the satcaster’s three Root Sports RSNs: Root Sports Northwest, Root Sports Rocky Mountain and Root Sports Pittsburgh. Raymond has spent more than 20 years at the Walt Disney Company, his last role being svp of national accounts. There he led distribution activities and retrans consent for Disney and ESPN Networks in the Western region.