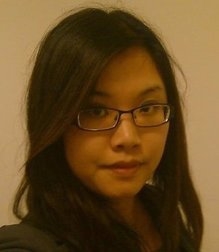 If you haven’t kept track of changes in the college sports conference lately, here’s your guide to conference realignment, mostly happening in NCAA Division I.

Big East: The “Catholic 7” announced its breakaway from the old Big East in Dec, which involves the league taking the “Big East” name. Last week, the non-football “Catholic 7” became the “Catholic 10,” adding Butler, Xavier and Creighton and celebrated a new media rights deal with Fox. The other schools that will make up the new Big East include Georgetown, Providence, Seton Hall, St. John’s, Villanova, Marquette and DePaul. The league is expected to grow to 12, as early as ’14-’15. It will continue to call Madison Square Garden in NY the home for its men’s basketball tournament.
The legacy Big East: Following the departure of the “Catholic 7,” the remaining football-playing schools started the process of getting a new name and choosing a new site to hold the tournament. According to a recent ESPN story, the new Big East needs the old league to have a new name before the May 2 NCAA board of directors meeting so the new Big East can be recognized as a full NCAA member with all rights afforded it, including automatic bids to NCAA championships. As for media partners, the soon-to-be-renamed Big East continued its 3-decade relationship with ESPN , announcing a new rights deal that runs through ’19 and ’20, covering football, basketball and Olympic sports.
A10: The Atlantic 10 didn’t waste much time adding new members after losing Butler and Xavier to the new Big East: George Mason will join the A10 on July 1 and begin competition in the ’13-’14 academic year. The addition “strengthens the Atlantic 10’s presence as the most successful basketball-centric conference in Division I,” the league said when it announced the deal. The league had 9 members selected for postseason play in men’s basketball this year, including 5 for the NCAA Tournament. The addition also strengthened A10’s presence in the DC metro area, the 8th largest media market in the country, A10 said.
Big 10: Don’t let the number fool you. The Big Ten actually consists of 12 schools, following the addition ofThe Pennsylvania State University in ’93 and the University of Nebraska–Lincoln in ’11 (Don’t mix it up with the Big 12 Conference, which has only 10 schools and represents a different region). The conference is expected to expand to 14 members with the addition of University of Maryland, College Park and Rutgers, The State University of New Jersey in ’14.
ACC: The Atlantic Coast Conference added Syracuse and Pittsburgh to expand to 14 full members (from 12) plus 1 non-football member institution Notre Dame, beginning in the ’13 academic year. In ’12, the University of Maryland withdrew from the ACC to join the Big 10, effective in ’14. Later last year, ACC added University of Louisville as a full member, replacing Maryland. In July 1, ’14, Maryland will depart for the Big Ten, and Louisville will join from the yet-to-be-named Big East conference successor.
Mountain West and Conference USA (southern states): The 2 announced a plan in ’11 to form a football only alliance. However, Conference USA later announced it would dissolve in order to form a new legal entity merging its remaining members, the Mountain West plus a couple of more schools. Come spring ’12, both conferences backed away from a full merger. It’s reported that an all-sports alliance, in which both conferences retain their separate identities is still likely.

DISH Wireless has tapped Oracle to enable a service-based architecture for the 5G core of its OpenRAN-based network. The architecture will allow network services to be rapidly incorporated into new