Charter Communications is quietly rolling out a slim video bundle without any sports channels, something a number of top programming execs have been clamoring for. The company this week began offering its Spectrum TV Stream, starting at $19.95 per month, to select Spectrum Internet subs on a test basis.

The 25-channel linear lineup includes the four major broadcast networks and PBS, as well as cable channels from NBCUniversal, Fox, Turner, A+E Networks, Scripps Networks, AMC Networks, Crown Media and WGN. The service is available on iOS, Android and Amazon devices, as well as on Roku, Xbox One and Samsung connected TVs.

Charter in a statement called Spectrum Stream TV “an IP delivered in-home Cable TV product with traditional TV everywhere out-of-home streaming,” leaving some ambiguity about which nets are available outside the home. The package, however, does not require a set-top box, and customers will also have access to almost 5,000 VOD titles.

In addition to the base package, subscribers have the option to add more than 35 premium channels, including HBO, Showtime and Starz, for an additional $15 per month for three years. The individual premium channels are also available for $7.50 each. A tier of sports and news channels, including ESPN, ESPN2, NBCSN and Bloomberg costs $12 per month.

The lack of Viacom nets in the offering is notable, particularly given CEO Bob Bakish’s comments at last month’s JPMorgan Tech, Media and Telecom Conference. There, Bakish shared that the company was in talks with cable and satellite companies about a low-priced, entertainment-only skinny bundle and identified the lack of such an offering as a void in the market. Discovery CEO David Zaslav and Turner CEO John Martin have also called for the creation of a non-sports skinny bundle.

Viacom, however, has been involved in a dispute with Charter since the operator relegated its networks to a higher-priced tier of service for new customers in May. Viacom declined to comment on being excluded from Spectrum TV Stream, but it is likely collateral damage of the ongoing disagreement. Given that Charter views the rollout as a limited test, there could be leeway to alter the lineup going forward.

ESPN, whose nets are typically included in operators’ basic offerings, said in a statement that operators “have always had a right to create smaller packages,” but the “fundamental distribution requirement for ESPN has not changed, which requires that ESPN be carried in the first or second highest penetrated tier of service.” In other words, Charter could run into issues with the sports behemoth if it decides to offer Spectrum TV Stream more widely.

Charter rolled out a version of Spectrum TV Stream in 2015, which included just the four major broadcast nets and the customer’s choice of one premium net for $12.99 per month. That package also came with a Roku player and offered a tier of additional cable nets for $7. 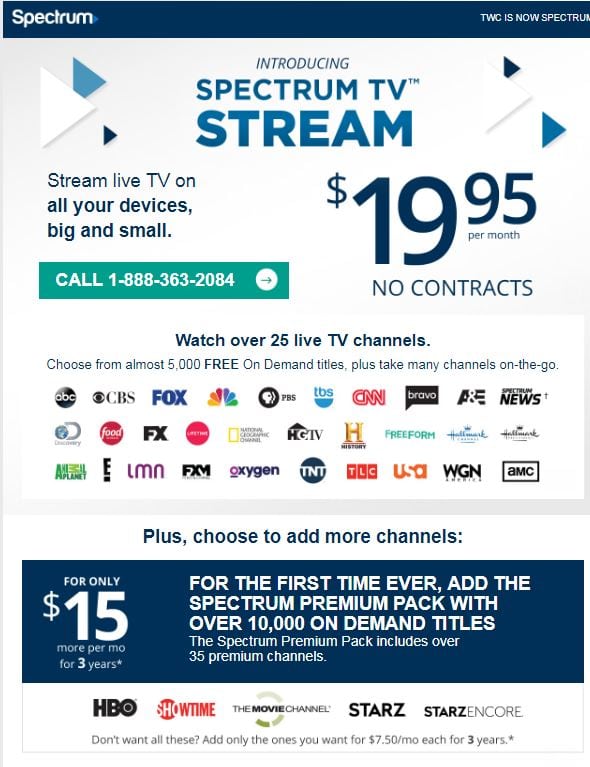 Promotional material for Charter’s Spectrum TV Stream, which was initially shared by a Reddit user. 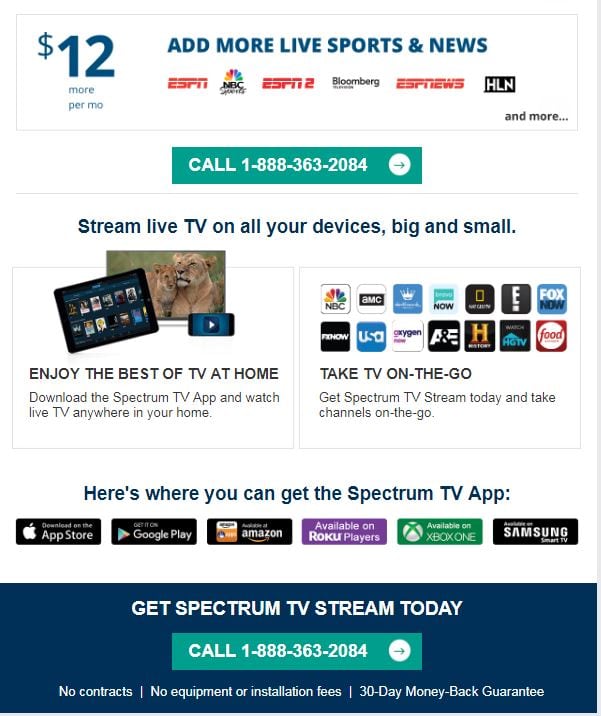 Apple snatched up Jessie Henderson as a feature executive to work on its original films team. She left her post as evp, original feature films for HBO Max late last year.