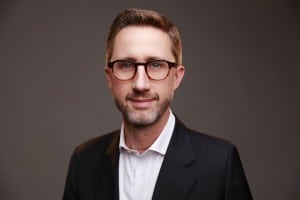 Netflix will spend between $7 billion and $8 billion on original content this year.  Amazon will spend about $4.5 billion (including an estimated $500M on Lord of the Rings alone!), Hulu will spend $2.5 billion and Apple will invest $1 billion.  When you start seeing numbers like this, you have to wonder…  Can traditional broadcast and cable TV channels, or stand alone SVOD services, ever compete?  And is the money really being invested in the most relevant product?

The answer is yes, but if you’re going to swing for the fences for that coveted, brand-establishing, network-saving hit series, you need to be armed with more than a good idea, a decent-sized budget and a good, strong team.  You need data and, more importantly, you need to know how to use it and what to look for in that data.  To start with, you need context to inform your data choices and then you need a hypothesis to use the data.

Take Google, for example, and their approach to producing content for YouTube Premium (formerly YouTube Red).  When the big OTT platforms were announcing their billion-dollar content budgets, Google was taking a “wait and see” approach, stating the company would only spend “a few hundred million” on original shows for the service.  Turns out, they spent it well.  The reboot of Karate Kid called Cobra Kai became the number one show May 6-12, outperforming all of its streaming competition.  And that was no accident.  By using data available to them they tracked the growing interest in modern versions of shows like Roseanne, Star Trek, Gilmore Girls and Full House and developed a series based on a huge 80s film franchise that capitalized on the nostalgia factor and had older audiences introducing the story arch to their kids.  In addition, by not blowing all their production budget on a ton of new shows, they had the marketing dollars to target the series to the audience they had pre-identified as being likely fans.

Spending billions to produce hundreds of series isn’t a sustainable business model in the long run – even for the deep-pocketed Netflix.  In fact, the more shows you make, the more likely you are to experience a diminishing marginal utility.  For example, if you make 10 series and they’re all performing pretty well, your average is pretty good.  But if you make 100 titles and 10 are performing really well, 20 are performing moderately well, and 70 are bombs, your average is not as good.

Over the past nine months Netflix has been cancelling shows almost as quickly as they have been announcing new commissions.  Of course, they continue with hit shows like Stranger Things and 13 Reasons Why, but data suggests that those were being weighed down by underperforming shows.  Reed Hastings was quoted as saying, “We have to take more risks, try more crazy things. Because we should have a higher cancel rate overall.”  In other words, he wants to use data efficiently and quickly to understand what is working and what is not.

In the end, it is not about how much you spend nor how much data you have.  It is still about making content that resonates with consumers.  Using data to predict what is going to move your audience is the best way to hedge your bets in the original/premium content game.  But you have to keep in mind that the data is only as good as the context in which it is collected and used.  After all, data doesn’t just spit out the secret formula for a global hit like Narcos. You need to know what has come before and what is happening in the industry right now.  For example, say you’re developing a new procedural drama aimed at millennials: you may want to use data to see how well your showrunner’s past series have performed with your target demo, or what type of procedurals (medical, crime, legal, etc.) seem to do best with millennials, or what actors seem to be appealing to this audience in the past six months.  All relevant questions to ask of your data analysis and all will serve to narrow that margin of error for producing a hit.

This is where art of television meets the science of data.  Let your experience in content creation and your desire to make an impact on your audience lead you down the right road to obtaining the kinds of data driven answers that will ultimately result in giving your show a competitive advantage.

YouTube TV has developed a workaround for new customers that can’t access the vMVPD on their Roku devices after the app was removed from Roku’s channel store. The feature gives users access to YouTube TV