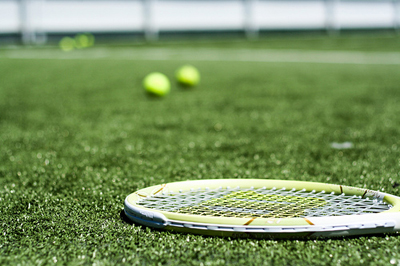 There have been more volleys and serves in Tennis Channel and Comcast’s ongoing carriage dispute than at Wimbledon. With Tennis attempting to reopen the dispute this week, we break down the major developments in the four-year-old battle.

– March 2005: Comcast and Tennis Channel reach a long-term deal for linear carriage and VOD. The MSO starts rolling the net out on its sports tier.

– 2009: Discussions are held during the year between Comcast and Tennis about moving the network off a tier, but no deal is reached.
– January 2010: Tennis files a program carriage complaint against Comcast at the FCC, claiming it discriminates against the network in favor of channels it owns—Golf and Versus (now NBCSN). Comcast says the 2005 deal allows it to carry the network on many different tiers, including its Sports Entertainment Package.
– October 2010: The FCC Media Bureau says Tennis’ complaint raised enough “substantial and material” questions to warrant an Administrative Law Judge hearing on whether the MSO has violated program carriage rules.
– April 2011: The FCC’s ALJ hearing between the two kicks off. Some highlights: Tennis claimed it offered in May 2009 to cuts its license fee substantially for broader distribution. Comcast argued that not only would it lose money if it carried Tennis more broadly, but that a check of its systems found that there are not subs demanding it on other tiers.
– July 2011: Tennis gets some support from the FCC’s Enforcement Bureau, which recommends the ALJ find in the programmer’s favor. It recommends the ALJ mandate Tennis Channel carriage broadly within 30 calendar days at a price and terms commensurate with Golf and NBCSN.
– December 2011: The ALJ rules in favor of Tennis, marking the first time a cable operator has been found to violate the program carriage rules since they were put in place by the Commission in 1993. He levies the maximum fine ($375K) for this type of violation and said Tennis should receive the same treatment as Golf and NBCSN. Comcast pledges to fight the ruling.
– January 2012: Comcast asks the full FCC to review the ALJ decision, claiming the complaint was an attempt to "rewrite a now 7-year-old contract under the guise of a discrimination claim” and that it was beyond the statute of limitations.
– May 2012: The FCC stays the AJL’s Tennis-Comcast order, so the MSO does not have to implement any channel moves until the full Commission examines the issues.
– July 2012: The FCC votes to uphold the ALJ’s decision that Comcast discriminated against Tennis, giving the MSO 45 days to distribute the network on the same packages as Golf and NBCSN. Republican commissioners Robert McDowell and Ajit Pai dissent.
– August 2012: Comcast takes the case to the DC Circuit Court of Appeals, seeking to have the FCC’s decision overturned. The FCC denies Comcast’s petition for a stay of its ruling that it must reposition Tennis by about Sept. 7. Shortly thereafter though, the DC Circuit Court of Appeals stays the FCC’s order, letting Comcast keep the channel where it is while the appeal proceeds.
– February 2013: A 3-judge panel of the D.C. Circuit hears the case, hammering the FCC with questions about its ruling. Court watches all express skepticism that the FCC and Tennis will prevail. Judge Harry Edwards focused extensively on the statute of limitations, while Judge Brett Kavanaugh raised First Amendment concerns.
– May 2013: The D.C. Circuit throws out the FCC’s order, ruling unanimously that the Commission didn’t provide evidence that Comcast discriminated against Tennis on the basis of affiliation.
– July 2013: Tennis files a petition for rehearing of the D.C. Circuit Court of Appeal’s ruling.
– September 2013: The DC Circuit denies Tennis’ petition for a rehearing.
– December 2013: Tennis asks the US Supreme Court to review the D.C. Circuit’s ruling, arguing the lower court rejected established framework and "invented a novel hurdle to discrimination claims."
– February 2014: The US Supreme Court opts not to take the case.
– March 2014: Tennis files a petition with the FCC, requesting it initiate further proceedings and reaffirm its 2012 decision that Comcast did discriminate against it. The programmer argues that the D.C. Circuit vacated the order on the basis of tests the Commission did not use to evaluate the case, so it should consider those tests with the existing evidentiary record. Comcast calls it a rehash of the same arguments that already have been rejected.

Charter , Comcast , Mediacom , NCTA and Google joined more than a dozen other companies and organizations urging Congress to support an auction for 3.45-3.55GHz band spectrum that’s modeled on last year’s