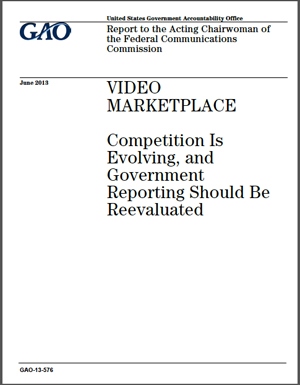 The Government Accountability Office released its 40-page report on video competition this week, concluding that competition has expanded among distributors and that the FCC should study whether to change the frequency of its annual price and video competition reports. Sprinkled inside were some stats and figures that the industry should bookmark. The highlights: