The idea was to show gratitude to frontline medical workers and support local restaurants by funding meals for New York and Brooklyn area hospitals, EMS stations and clinics. This month, the group hit its goal of donating 1000 meals, with 250 meals going to hard hit hospitals in NJ through a partnership with black, woman-owned restaurant Cornbread: Farm to Soul. In NY, the group worked with Naama Tamir, the founder and owner of Lighthouse.

Check out Cablefax’s past Heroes of the Week right here. 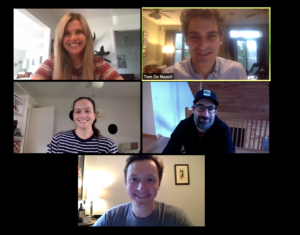 The Roku Express 4K+ has 4K streaming capabilities and features the new Roku OS, a customizable home screen and a large selection of free and live TV content.