As we move through the upfront season, prepare for May’s newfronts and gear up for INTX 2016 soon after, the topic du jour has become advertising—specifically the astounding growth of digital ad revenues and its relation to cable. Let’s take a look at the latest numbers from IAB.

When considering market share by media type, Internet advertising revenue far surpassed both broadcast television and cable. Compared to the Internet’s $59.6 billion, broadcast had $40.6 billion and cable had $25.7 billion. Every year since 2010, Internet advertising annual revenue has experienced double-digit growth—with no other type of media boasting that kind of increase. 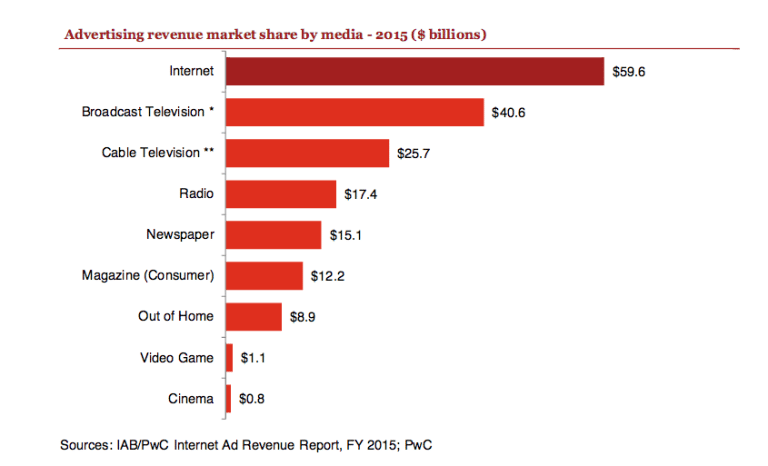 Most impressive was the rise of mobile advertising, which increased 66% for the whole year, reaching $20.7 billion. And mobile as a category accounted for 40% of Q4 revenues alone, which totaled $6.9 billion, a 77% increase from the $3.9 billion in Q4 ’14.

In terms of categories, the largest continues to be retail advertisers, which accounted for 22% last year. Automotive and financial services each took 13% of ad revenue share.