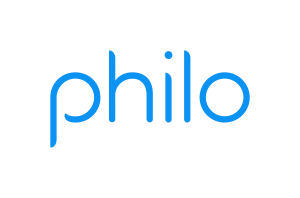 Philo, a platform created by Facebook co-founder Andrew McCollum, finally provides pay-TV customers tired of paying for sports they don’t watch with an alternative. It’s something execs like Discovery CEO David Zaslav and Viacom CEO Bob Bakish have been calling for in recent months while seeing their nets excluded from various virtual MVPDs. Those services have had to make tough choices in order to accommodate high-priced sports and broadcast channels.

“In the marketplace, based on our viewership, our networks are way underpriced,” said Henry Ahn, Scripps Networks’ pres of content distribution and marketing. “We don’t get our entitled license fees compared to what gets delivered by sports and broadcasters in terms of viewership and what they pull in. That equation is not quite right, and we certainly hope that the consumers are waiting for a package like this.”

Philo’s base lineup costs $16 and consists of 37 channels at launch, including each of the equity partners’ most prominent nets (see lineup at bottom of page). Customers can add nine additional channels for a total of $4.

The $16 price point puts Philo in the space between SVOD services like Netflix ($7.99-13.99) and other virtual MVPDs. Sling TV’s $20 orange bundle, which includes several ESPN nets but no broadcast stations, was previously the least expensive vMVPD option on the market. Other competitors in the space—YouTube TV, Hulu, DirecTV Now, PlayStation Vue and Fubo TV—all come with base price tags ranging from $35-50/month.

For the programmers, the investment in Philo is akin to a poker player anteing up to be dealt into a given hand. It’s a small price to pay in order to see the cards or, in this case, gauge how the market reacts to an unprecedented offering.

“Let’s not kid ourselves—we’re not betting the farm,” he added, noting the company has backed a number of other ventures, including the sports-focused Fubo.

Aside from the makeup of its lineup, Philo’s main differentiator is its built-in social functionality (which unfortunately won’t be available until early 2018). Other virtual MVPDs haven’t made much of an effort to turn TV viewing into a shared experience, something McCollum believes sets Philo apart and will appeal to millennials.

During a demo for Cablefax, McCollum showed off a recommendation system based on what your Facebook friends are watching on Philo. Users will eventually be able to see what individual friends are watching and even how far they are into a given episode (no more spoilers!). The platform also allows users to recommend a specific program to friends by sending it to them. In addition, McCollum touted the search function, which uses metadata to provide results based on more than just the title.

Overall, the interface is pretty user-friendly. Philo’s take on the grid guide, which puts the channels across the top instead of down the side, takes some getting used to. Users can also use the “live” tab to see what’s currently airing or see what’s trending on the home screen. Each channel also has its own page within the app, which lets users browse in a more focused fashion. Shows that have aired in the past three days are available for on-demand viewing, and there’s a 30-day DVR included.

Philo is available through browser on PC and Mac, as well as through Roku and iOS apps. Android users can use Philo on their devices via the Chrome browser, as well. The service is available to anyone with a mobile phone number with a seven-day trial.

The industry’s Diversity Week is going virtual again for 2021. The event is scheduled for the week of October 4, and it all kicks off with two days of WICT ’s virtual