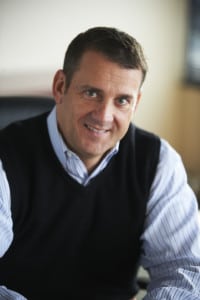 “What excited me about Layer3 TV, was the incredible team Jeff has built, and also the company culture that is laser focused on building products that put customers first,” Grigaitis said in a news release.  “I am excited to be able to contribute to Layer3 TV as it aggressively scales a remarkable service.”

At Suddenlink, Grigaitis was responsible for the launch of products such as TV CallerID, TiVo, Suddenlink2Go and ConnectedHome Security. Before joining Suddenlink, he was svp, product and business development at Broadbus Technologies. Broadbus founder Jeff Binder is the CEO of Layer3.

Layer3 is currently offering service in metro DC and Chicago. It’s hiring for positions in Boston, Houston and Denver (which is also its HQ). Billing itself as “the new cable,” the service features a robust HD lineup and 4K content as well as a DVR that can hold 400 hours of HD content. It has raised eyebrows with its technician vehicles—all-electric BMW i3s—and its promise of a 1-hour installation window. Earlier this week, Comcast announced its new Tech ETA feature that provides an estimated 30-minute window. Layer3 backers include Evolution Media Partners (whose shareholders include TPG Growth, Creative Artists Agency and Jeff Skoll/Participant Media) and North Bridge Venture Partners.