Even with the top three premium cable channels — HBO, Showtime and Starz — all investing in original series, their programming catalogs consist primarily of movies.

Counting both films and TV shows, Starz offers the most titles, with HBO a close second and Showtime a distant third, according to an analysis from MediaBiz. While Starz boasts the most robust movie lineup with more than 1,200 titles, HBO leads the way in TV series with upwards of 120. Not shown on the chart is that HBO also has almost 200 documentaries/specials, far more than its two counterparts. 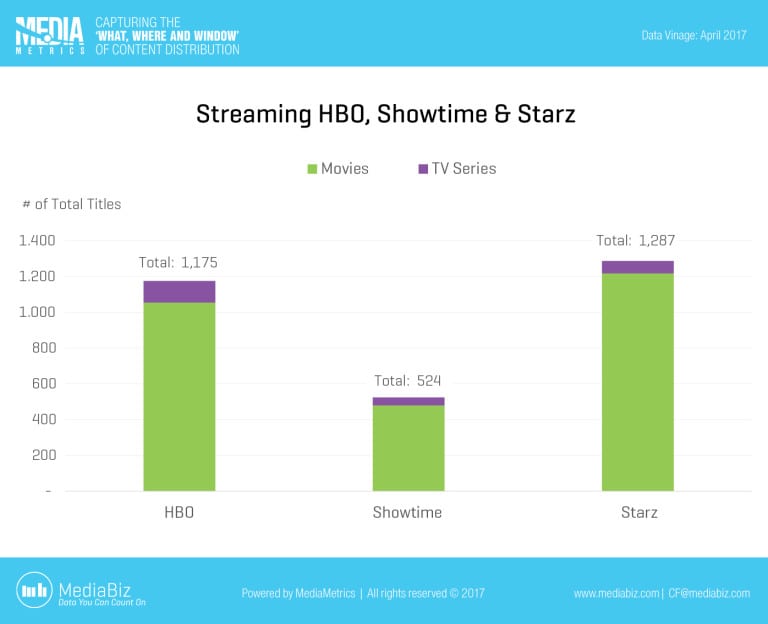