Beginning with the August 5 opening ceremonies, summer 2016 programming is certain to be dominated by the Rio Olympic Games. But that doesn’t mean cable networks aren’t going for the gold during the warmer months, which have become a hotly competitive season.

In a gutsy move, Hallmark Channel is pitting its “Kitten Summer Games” squarely against the opening ceremony. It’s a first for the cabler, based upon the huge success it has seen counterprogramming the Super Bowl for the past three years with the “Kitten Bowl.”

“This was trickier,” admits Crown Media Family Networks’ programming and network publicity evp Michelle Vicary. “With the tremendous success we’ve had through this family event centering around pet adoption, we looked for another time. The next thing people rally around is the Olympics. We had wrestling, gymnastics, track and field and they switched out the stadiums for all the different sports.” 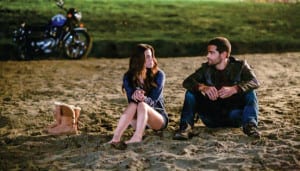 In Hallmark Channel’s ‘Chesapeake Shores,’ Meghan Ory plays a high-powered
career woman who returns to her hometown, where she comes face-to-face with her high school sweetheart, played by Jesse Metcalfe.

“Kitten Summer Games” is just one of the many programs Hallmark is branding for summer under banners including June Weddings, Christmas in July, including an original holiday movie, “A Perfect Christmas” July 16, and new franchise Summer Nights, which runs July 30-Aug 20.

On Hallmark Movies & Mysteries, Jon Voight toplines the highly anticipated “JL Ranch” on August 21, a project he not only stars in but executive produces. Seven original movies will air on the net from July 24-Oct 23.

Going back to “Jaws,” who can think of summer without thinking of sharks? Discovery Networks moves up “Shark Week,” its annual series of shark-themed TV programming to June 26 through July 3, reiterating its commitment to shark conservation, education and entertainment that makes waves.

‘With cutting edge technology and lead scientists and institutions, ‘Shark Week 2016’ will take viewers to untapped locations uncovering never-before-seen shark hunting behavior and exploring new ways for humans and sharks to co-exist,” promises Discovery Channel evp docs and specials John Hoffman. “This year, Discovery’s week beneath the waves highlights how a croc-scented bull shark repellent could save human lives. We’re also thrilled to welcome Philippe and Ashlan Cousteau, who are on board to explore how sharks repopulated Bikini Atoll.” 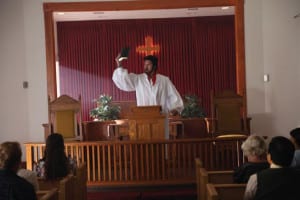 CMT’s summer line-up includes a mix of music specials, new and returning series and documentaries, plus an ambitious move into scripted with “Still the King” (June 12). It stars Billy Ray Cyrus as a scandal-ridden one-hit wonder who is kicked out of country music, only to emerge 20 years later as the second best Elvis impersonator in Laughlin, Nevada.

“’Still the King’ is a great example of a series informed by our new creative filter,” says CMT pres Brian Philips. “It’s an offbeat comedy with an impressive ensemble cast, and it’s a mash-up of sin and redemption with plenty of heart.”

“CMT Crossroads” (June 24) features Nick Jonas and Thomas Rhett. Other episodes over the summer will spotlight a different set of stars playing together, swapping stories and sharing their common love of music.

“We’re poised to create moments that will spark pop culture conversation,” says Philips, who notes the buzz brewing for the June 8 “CMT Awards” live from Nashville.

The music scene is the setting for writer/director Cameron Crowe’s much-anticipated first television series “Roadies,” premiering on Showtime June 26. The one-hour ensemble comedy stars Luke Wilson and Carla Gugino and chronicles the rock world through the eyes of people who put on the shows for a fictional group, the Staton-House Band, while it’s on an arena tour of the U.S. The milieu promises viewers an insider’s view of the turbulent lives of a committed crew whose world revolves around music.

On AMC, Robert Redford’s eight-part docudrama “The American West” premieres June 11. It chronicles the aftermath of the Civil War through 1890, telling little-known stories about Western legends such as Billy the Kid, Wyatt Earp, Jesse James, Crazy Horse and Sitting Bull. The limited series also features interviews with actors like Kiefer Sutherland, Ed Harris, James Caan and Tom Selleck who have appeared in Westerns. 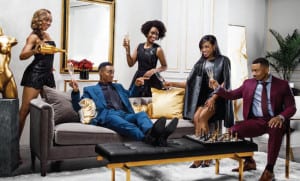 Starz brings back comedy ‘Survivor’s Remorse’ for a third season, with the first two episodes airing back-to-back on July 24.

“People relate to “Survivor’s Remorse” because we tell stories about the challenges of living a worthy life in modern times,” says ep/showrunner Mike O’Malley. “Everyone comes from a family and those blood ties can sometimes be a net that catches you when you fall or a net that ensnares you in expectations that you cannot meet.”

For those who couldn’t get enough of Cuba Gooding Jr. as O.J., Sarah Paulson as Marcia Clark and John Travolta as Robert Shapiro—or missed the impactful series altogether—FX is doing a marathon of all 10 episodes of “The People v. O.J. Simpson: American Crime Story” June 11.

“It was a critical and ratings triumph for FX but also showed the lasting value of linear and programmed TV as a real ‘watercooler’ event,” says Eric Schrier, pres of original programming, FX Networks and FX Productions. “Watching it this way live [during the marathon] or binging on DVR will let people absolutely immerse themselves in this incredible story.”

Even during summer, there’s an endless fascination with serial killers. “Ripper Street,” BBC America’s popular period drama/crime thriller launches its fourth season July 28. In another genre entirely, famed naturalist David Attenborough brings voice to “The Hunt” beginning July 3, a seven-part series examining predators and their prey across habitats on every continent of the planet.

A new female-driven entry in late night comes from VH1 with “The Amber Rose Show” on June 17 at 11 p.m. On tap, candid conversations about pop culture, parenting, relationships, friendships, race and entrepreneurship.

Continuing to satirize the reality TV genre, VH1 premieres the second season of “Barely Famous” on June 29, with celebrity cameos from the likes of Chris Martin, Chelsea Handler, Kate Hudson and Jessica Alba. Also that night, “Dating Naked,” hosted by Rocsi Diaz, is back for round three of 12 episodes examining stripped-down romance on the island of Bora Bora.

And back to the summer games, which run through August 21, NBCUniversal cable networks will share heartily in a piece of the pie with broadcast. Bravo, CNBC, MSNBC and USA will combine to televise 325.5 hours of Rio Olympics coverage and competition, everything from tennis to men’s basketball, beach volleyball, rugby, soccer, volleyball, cycling, wrestling and water polo. Another huge chunk of airtime on NBCSN, Golf Channel and NBC Universo will be devoted to the Games.

“We’re blessed that our parent company NBCUniversal has the unique ability to devote seven cable networks to our extensive Olympic coverage,” says NBC Olympics ep Jim Bell. “This abundance of cable allows us to present nearly all 34 Olympic sports on TV, and to present the long-form coverage fans are accustomed to for sports such as basketball and soccer. Just 20 years ago, NBC was the lone network to broadcast the Atlanta Olympics, totaling 170 hours. Our cable coverage alone will exceed 700 for Rio.”

With all the new series, season premieres and special events on tap, it’s even more evident that summer will never go back to being a season of re-runs where programmers can take vacay and simply plan for fall. The hot months of June, July and August are now part of a year-round strategy in the industry.

Says Crown Media’s Vicary, “We promote seasons that connect people to each other and to the brand—and speak to things that are happening in people’s lives. Summer is an important part of that.”