Lee Flaster is the SVP of business operation and growth strategy at Telemundo, and he has a passion for traveling the world. His travel list is extensive, including visits to Greece, China, and Turkey, time studying in Spain and even a period living in London. He still returns to Europe often, so much so that he’s co-owner of a bar/café in Le Maris, Paris.

Lee also loves to rescue dogs, including the three he currently owns. He has a Chihuahua named Frijolito and two 90-pound Pit Bulls named Duke and Dino. The dogs even have their own Instagram account: @pitsandchis. You can see Lee with two of his pups below. 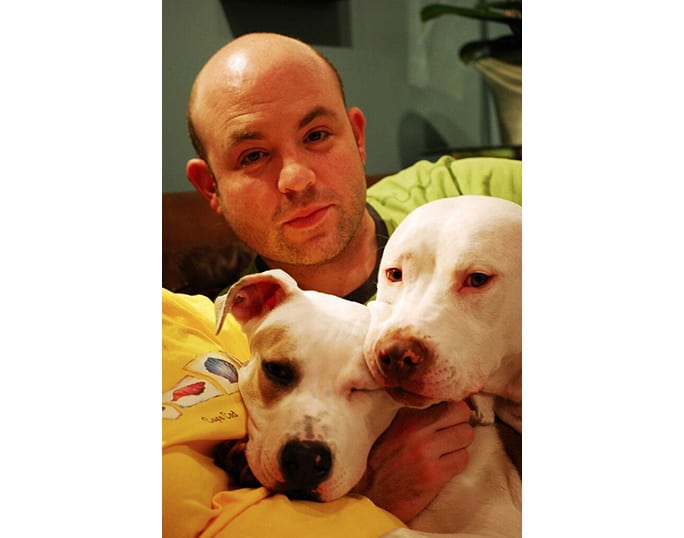