ONE World Sports’ new director of production Hayley MacKay gave us an inside look at what she likes to do outside of work. She’s always loved sports, and you can catch a glimpse of her at the 2013 championship games between Alabama and Notre Dame in Miami. “I played just about everything. Hockey, beach volleyball, tennis, touch football, netball, swimming… to mention a few. I still play netball,” she said. Netball isn’t very popular in the US, but you can see her playing at a Manhattan club in the photo below. 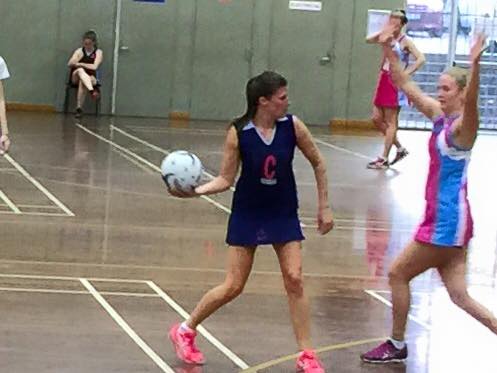 Hayley also shared that she was training to become a diplomat before beginning her career in production. In her spare time, she likes to work on documentaries with a humanitarian and global focus. She most recently worked on a film about land mines and their effect on the people of South East Asia. “I think it’s really important to push boundaries and venture outside of your comfort zone,” she said. “As part of the documentary I spent time in live mine fields in Cambodia and Vietnam which I thought was critical to fully understanding the situation.” Check out Hayley in a live mine field in Cambodia.