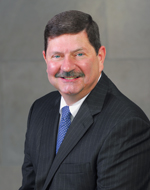 On my way from central London to Heathrow last week, I asked our driver about a recent newspaper report concerning the potential increase in the television license fee that each household must pay. (This is how the BBC is funded.) Our driver pointed out that nonpayment of the fee is a criminal offense and that there were hefty fines for noncompliance. At the airport, I checked the BBC website and found that 164,932 “TV franchise evaders” were convicted in 2012 and 51 went to jail for not paying the annual fee of approximately $240 (converted to USD). On the flight home to the U.S., I thought about the implications of state-mandated broadcasting and the impact that would have on innovation. It also made me think about the people in the U.S. who currently call for government intervention in the broadband market.

In 1998, Dr. Ronald Rizzuto and Dr. Michael Wirth published Costs, Benefits, and Long-Term Sustainability of Municipal Cable Television Overbuilds, a study that looked at four municipalities who decided to enter the cable television business. Their conclusion showed that the municipalities lowered the cost to the consumer in the short-run, but that all lost considerable money in the end as the technology changed. The pressure to keep rates low trumped their ability to implement upgrades through increased fees or additional taxes. Those promoting a governmental solution to broadband should keep this in mind, especially for municipalities already operating under severe budget restraints. It is interesting that the Rizzuto/Wirth findings would seem to apply equally to the UK experience under a national system.
In addition, let’s take a moment to consider the legacy cost of regulation that the UK is grappling with at the present time. In simple terms, the franchise fee provides the bulk of funding for the BBC system. The franchise fee costs about $240 if you have a color television, or $81 if you have a black and white television. People go to great lengths to get around the system, so there is active policing and inspectors can enter your home to verify your setup. The economically disadvantaged seem to have the most difficult time paying the fee even though the government designed the system to connect them and keep their costs low. There is a legislative movement to decriminalize nonpayment of the fee, but the BBC opposes it saying that it would reduce their revenue and force major cuts. Enforcement of the system ties up the courts, with about 10% of all criminal cases involving the franchise fee. How would such a system support modern technologies, especially broadband?
The answer, quite simply, is that the franchise fee model does not support broadband. The UK’s broadband speeds are better than or equal to any in the world; however, individuals pick up the costs. Consumers purchase cable, satellite, telephone and broadband, but still are required to pay the franchise fee. Our driver was especially keen about cricket and rugby, so he is more than willing to pay the extra costs associated with the sports package. He just has a hard time understanding why he has to pay for a service that he does not use for what is essentially a tax that he does not want to pay. He believes that the way the UK regulates broadband is a much better solution. We should embrace the lesson that the UK has provided us—it is a lesson that the U.S. should gratefully learn.

With Sinclair on a mission to shore up a DTC streaming service, the company said it has reached a multi-year renewal with the NHL that includes the right for Bally Sports RSNs to stream live games on an