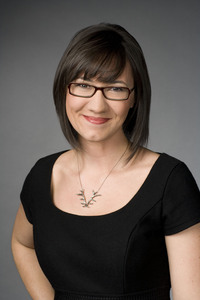 Participation Director
CNN Digital
Ever heard of iReport? Yeah, we thought so. Well, King’s the one who leads CNN Digital’s social media and user-participation efforts, including overseeing CNN iReport, the network’s global participatory news community. After joining CNN.com in 2001 and reporting and producing several multimedia stories, King launched iReport in 2006. And the rest—as they say—is history. CNN’s citizen journalism platform now has more than a million registered contributors worldwide, winning King’s team the Knight News Innovation Eppy Award for finding new ways to gather and disseminate news and information for iReport’s “Haiti: The Missing & the Found” database, which assisted in reconnecting the people of Haiti in finding their missing loved ones after the 2010 earthquake. Most recently, iReport got a prestigious Webby Award for a mash-up video that stitched together video submissions from over 450 iReporters from over 50 countries and six continents into a one minute video that resulted in a collective walk around the world. It’s clear that King has her pulse on viewer participation. And she’s at the top of her game.

With Sinclair on a mission to shore up a DTC streaming service, the company said it has reached a multi-year renewal with the NHL that includes the right for Bally Sports RSNs to stream live games on an