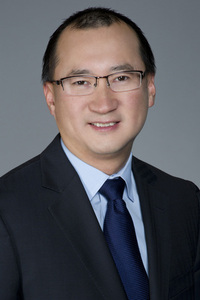 Henry Ahn made our 2011 Superpower list as one of the most influential minorities in cable. For the full digital edition of CableFAX The Magazine’s Diversity issue, go here.

After a 17-year stint at NBCUniversal, where he most recently held the post of EVP of NBCU’s TV networks distribution reporting to Bridget Baker, Ahn has taken up the mantle at Scripps where the distribution buck stops at his desk. In essence, he leads the company’s overall content distribution and marketing strategy. Based at company headquarters in Knoxville, the 25-year cable veteran oversees distribution strategy for Scripps Networks Interactive’s lifestyle media brands including HGTV, DIY Network and Food Network—and related video content—across all platforms. Ahn says the business challenge that’s top of mind is “developing business arrangements for TV Everywhere that’s a win-win for programmers and distributors.” If he weren’t a cable industry exec? “I’d be a food critic,” Ahn says. “I can’t cook but I love to eat and I have a big mouth.”